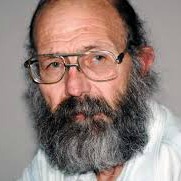 “Writing a citation for someone as modest as Mike Batzle is no easy task.”

Mike Batzle, who Hamid Al-Hakeem remembers as one of ARCO's top research scientists in charge of the company's Rock Physics Laboratory, passed away Saturday January 10. Mike was diagnosed with esophageal cancer in mid December. He was scheduled for chemo in mid January. Sadly, he passed away before treatment started.

Al Hakeem says of Mike “Mike was indeed a fine scientist and a generous man. He exemplified honesty, both intellectually and socially. He would ask the questions that no one else risk asking. He was a modest man and dressed more like a graduate student than a renowned scientist, but his questions were so insightful that they often betrayed his appearance. He was a fierce debater, often leaving his victims, myself among them, speechless. He was a challenge to manage. But his research was so fundamental and crucial to ARCO, that the effort to manage him was very worthwhile. His measurements in his sprawling laboratory influenced a number of ARCO's research programs, from Multicomponent Seismology to AVO analysis. His contribution to the science was indeed remarkable.”

In the late 1990's, ARCO donated the Rocks Physics Lab to the Colorado School Of Mines. Mike Batzle took a research position at CSM, running the Lab. Later, he was named to the Baker Hughes Chair of Borehole Geophysics. I believe this happened while Mike Wiley was CEO of Baker Hughes and Tony Fernandes a Director. Mike’s additional accolades included the Virgil Kaufmann Gold Medal by the Society of Exploration Geophysicists in 2002 - you can read the full citation of this and his other career achievements and technical contributions here: http://wiki.seg.org/wiki/Michael_L._Batzle, where the first line aptly reads “Writing a citation for someone as modest as Mike Batzle is no easy task.”

Keith Katahara, remembers that when he joined ARCO in 1983, Mike Batzle made a big impression on him with his ponytail, torn jeans and nonstop wisecracks. “I later transferred into the same group and got to know him better. Mike was one of the best experimental rock physicists in our industry, but he never took himself too seriously. Of course he never let anyone else take themselves too seriously either. He knew a lot and was very generous in sharing his knowledge. He treated the folks in his ARCO lab like his own family. He treated his students the same way later at Colorado School of Mines. Many people assumed from his appearance that he was a liberal hippie, but he was actually a jock in high school and was politically conservative. He loved show tunes and was a history buff. He was a great friend and colleague. His passing leaves a big void.”

Bob Siegfried also remembers Mike and his signature ponytail haircut. “Mike was an unmistakable presence at ARCO’s Plano lab, with his pony tail haircut (or lack thereof) and denim jeans stitched together with dental floss. He was recognized as a key technical contributor, as described in the citation referenced above, but was also known for treating everyone with the same honesty, respect and forthrightness, whether that person was cleaning the lab after hours or a corporate VP. During our time at ARCO, Mike would often go sailing with us on Lake Texoma. I am not sure how much he enjoyed the sailing, but there are worse things than drinking beer while sitting on a boat. The highlight of these trips for Mike, though, was that he would ride his bicycle the 65 or so miles from Plano to Lake Texoma while we met him there after driving the distance. One time, he rode his bike to the lake and then swam a couple of miles across the lake, along with several ARCO colleagues, while we kept pace with our sailboat to provide a rest area for those that needed it. As I recall, Mike made it across the lake without stopping. The world will be a less friendly and interesting place without Mike.”

John Castagna has some beautiful words about Mike “Mike Batzle was a great scientist and a great human being. I arrived at ARCO with a summer internship and an interest in seismic analysis for which I needed a better understanding of seismic velocities. It was suggested to me that I go talk to our prominent rock physicist, Mike Batzle, about it. I was surprised to find a mountain man who I presumed to be a technician sitting at Mike’s desk. It was Mike of course. What started out as a simple question on my part became a voyage of discovery under his gentle guidance, so gentle, that I did not even realize I was being led. His scientific curiosity was so genuine, so cheerful and egoless, so accepting and non-judgmental, that it was easy to be infected with his love for science. I never felt stupid bouncing ideas off him and that gave me the confidence to proceed. He made discovery fun. And how could anyone that has worked with him closely not love the man as well? I can’t even imagine it. I only saw him show anger in the workplace once. It was at one of the many pep talks at the UTD auditorium that we would receive just prior to a massive layoff when he asked the Corporate Vice-President of Technology during the Q&A after the presentation “Do any of you turkeys in L.A. have any idea what you are doing?” We were all thinking that of course, but only Mike had the courage to say it. Mike Batzle is one of my heroes and I can only aspire to be more like him when I grow up.”

Mike leaves behind widow Lisa Batzle. She was the ARCO librarian in Plano, and is a member on ARCO Alumni. Lisa set up a Caring Bridge web site. Sign up for free to view: http://www.caringbridge.org/visit/mlbmlb.