ARCO Alaska: The Power of Community 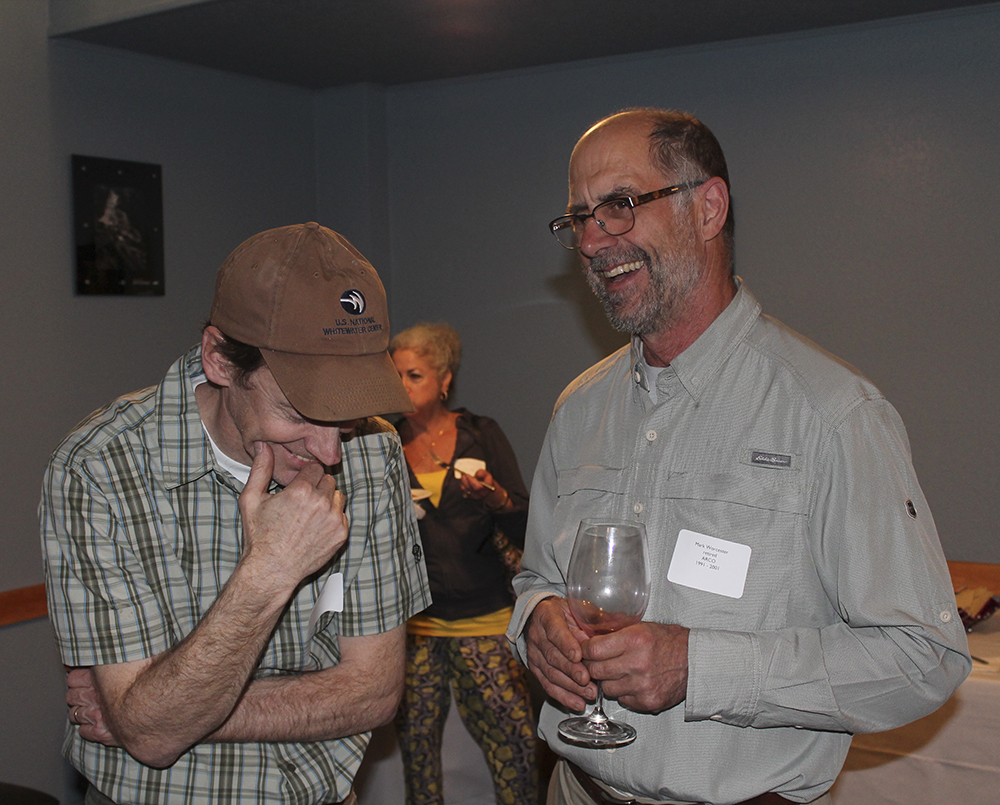 Dan Eck and Mark Worcester sharing a laughIt was another stellar year at Kinley’s with more than 50 former ARCO alumni and spouses gathering for drinks, food and a chance to catch up. Each year, we have new members joining as the word spreads - this year's new members include Annie Bezilla, Carl Lundgren and Annie Nicolet. And members come from near and far: the Kruses who were at the December happy hour in Denver and are now back living in Alaska, and Jeanette and Wes Peirce and their three sons who live in The Woodlands were on their way to the airport later that night after an amazing vacation.

We were sorry to miss Bill and Brenna Patterson, who were in Anchorage one week later.

The pictures are online and a brief recap follows. Note: we try to include captions of everyone, so if you see someone you know who is not identified, please send us an email.

There was an individual with many a name tag (Mark Worcester – refer to the photo album!), and one who had us confused. It seems both Clif and James Posey worked for ARCO Alaska, and when we emailed Clif, we ended up with a new member: James. Clif is a wellsite geologist in San Angelo, Texas and James, who was at the happy hour, is currently in his third self-funded sabbatical.

John Cologgi has been working part-time with Armstrong since they took over as the operator of the Nanushuk project from their partner Repsol.  Repsol and privately held Armstrong recently reached an agreement to strategically re-align their interests in their Alaska North Slope exploration and development venture. John is working with a team of consultants reviewing the previous work completed by Repsol, responding to EIS questions from the Corps of Engineers and positioning the project for the next phase.

Gerry Suellentrop left Degolyer MacNaughton and joined Caelus Energy where he is working with ARCO Alumni Andy Bond and Greg Sanders. Andy and Lori did not make the happy hour as Andy was on a corporate fishing trip, but Gerry and Greg were at Kinley’s. Greg is working a reduced schedule at Caelus through year end and then looks forward to more golf and travel with his wife, Lisa who was sorry to miss the get together. Lisa continues to run her own State Farm Insurance agency in Anchorage, and insures many ARCO families.

It was great to see old comrades. 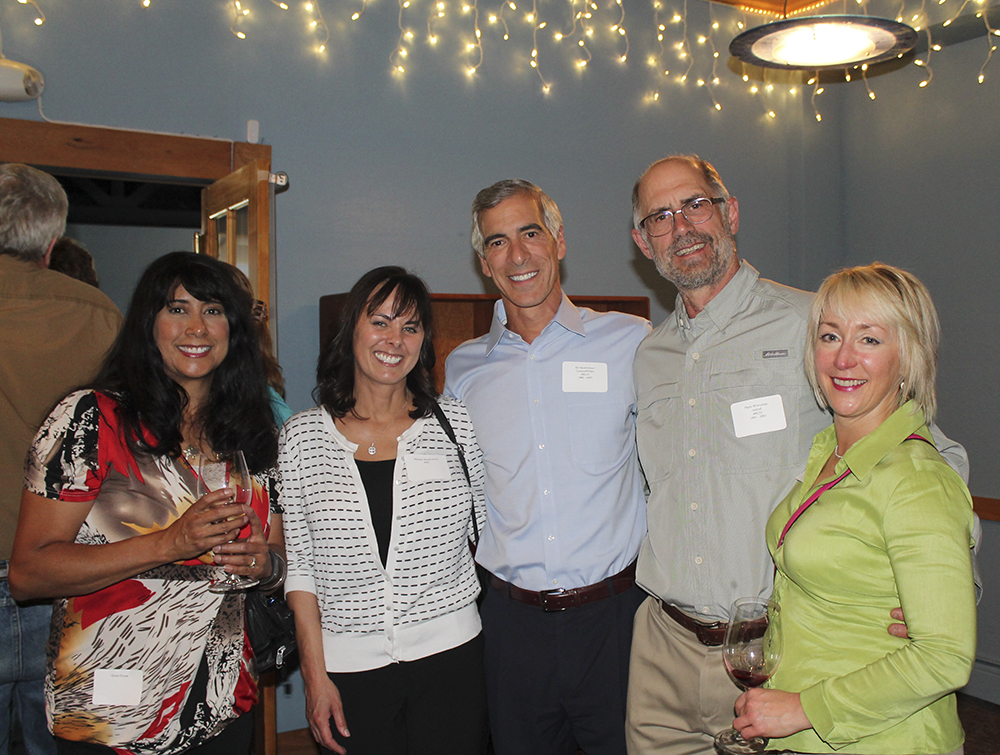 Left to right: Grace Kruse, Michele and Ed Hendrickson, Mark Worcester and Susan Jakonis were all smiles at Kinley's

Retirees Marcia Bandy and Jack Porter plan to stay in Anchorage, having decided that without the income tax it is the best place for them; Mark Worcester also retired and lives in Anchorage. Dan and Grace Kruse and Sally Chryst live in Big Lake and drove in for the evening. The Kruse’s son John finished his freshman year at University of Denver and is home with them for the summer, where they are pleased to be installing an upgraded kitchen.

It was great to see new faces including Kirk Allen who retired from COP, Ed and Michele Hendrickson, Carl Lundgren who is doing Resource Devlopment for BP Alaska, another of our event sponsors, is a new member on ARCO Alumni, as is Annie Nicolet who is working with CH2M Hill. Annie shared how it was ‘great to see old comrades’.

Also at the happy hour from BP Alaska were Richard Clausen who is a Process Engineer in projects and Scott Digert, who is working as Resource Manager for the Greater Prudhoe Bay and Fieldwide teams.

Becky Schumacher, who traditionally attends, was on vacation in Italy, and Bharet Jhaveri had moved South to Vancouver, Washington.

We thank our sponsors, Advancial, AWS, BP, GCI and PRA. While Janet Weiss was out of town and did not attend, her quote in Rigzone magazine is proven each time we host an ARCO get-together: “There is power in community. It’s very important to connect and make relationships.”

Read 5025 times
Tweet
More in this category: « PRA: The Who’s Who of ARCO Alaska ARCO Alumni in Academia »

Make sure you enter the (*) required information where indicated. HTML code is not allowed.