ampm Too Much Good Stuff

Not long ago, ampm was a regional phenomenon. It all began back in 1978, when ARCO stations in southern California began tempting on-the-go consumers with food as well as fuel.

Nowadays, consumers around the country can fill their tanks and satisfy their appetites at ampm stores in places such as Chicago, Atlanta and Cincinnati. The ampm tagline, Too Much Good Stuff, describes the store’s unique vision: a “snack food theme park” where customers can indulge their taste buds.

Too Much Good Stuff goes east
The brand’s trek across the United States started in 2007, when BP decided to retool its convenience stores east of the Rockies. As part of that transformation, about 250 BP Connect and Wild Bean locations were converted to ampm locations.

That November, BP — which acquired ARCO in 2000 — announced that it would be selling more than 700 company-owned sites to franchisees as well as dealers and jobbers.

ARCO-branded ampm stores are found in the following states:

Consumers can also find ampm overseas. There are more than 1,800 ampm stores in Brazil and Japan.

Tasty offerings, edgy experience make ampm different
One way ampm stands apart from other convenience stores is its strong proprietary program. The store satisfies cravings with its private-label beverages, snacks and all day, every day choice of prepared foods. Besides warm fare such as hot dogs and hamburgers, ampm recently launched a hot breakfast menu with burritos, croissant sandwiches and empanadas.

ampm in the headlines
Since starting the conversion to a franchise-based model, ampm has moved up the ranks of several franchise lists.

Franchise Times magazine, for example, ranked ampm at No. 29 on its list of the top 200 franchise systems for 2008 and 2009. Entrepreneur magazine listed ampm as No. 35 on its annual “Franchise 500” compilation for two years in a row.

Industry publications have also noted ampm’s success in whetting appetites across the country. Convenience Store Decisions magazine recapped the changes in an April 1, 2009, article titled “Focused on the Franchise.”

More good stuff on the way
As for what lies ahead, BP will continue to sell off its company-owned ampm locations through the end of 2009. Thirty years after its inception, ampm is now a national franchise stretching from coast to coast with a bright and exciting future!

ARCO Alumni hit the links - or the bar at the links 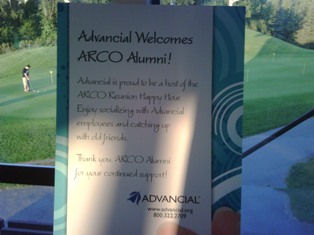 ARCO Alumni gathered on a sunny evening at O’Malley’s on the Green in Anchorage where Kirk Barker tells me he summers and works as a marshal at the golf course in exchange for free golf several days a week. Kirk winters in Bellingham WA.

Pat Elverum tells us his daughter is also a member of ARCO alumni. Lynette Elverum was with Nortel most recently which was acquired by Erikson. In the IT/ engineering side of the business, according to Pat, “she followed in my footsteps and worked for ARCO not so much because I encouraged her as because of the fold with whom I worked. Of course, I discouraged her as I knew these guys better” laughed Elverum tongue in cheek. Elverum and Mattison traded name tags the entire evening and caught up with fellow IT folk including Russ Doig and Mack Padgett.

Russ says he literally crossed the street when he took the ARCO package and does at GCI what he did at ARCO. “I even have the same individuals working for me and now we provide the same service to BP and they outsource what we did internally at ARCO to us here at GCI”. GCI cosponsored the happy hour along with AWS and Advancial.

Talk was not just about the ARCO days- several watched baseball on the widescreen TV.  John Melvin, Dan Eck and Gerry Suellentrop were among those for St Louis and Mike Clonts as the only Dodger fan was sorry to see his team lose.

Dan Kruse now at COP tells us to visit trails@biglaketrails.org and learn about his efforts to improve trails and access...at Big Lake of course. Other attendees from COP included Dan Eck, John Melvin, Brian McClaskey and Mack Padgett.

Vicki Oliver is an outsourced service partner to BP providing data and documentation management through ASCI. Vicki was with ARCO for 21 years, 18 of those years in Facility Engineering at Prudhoe.

Other Alumni present included Wayne Swann from ASRC Energy Services, Frank Paskvan and Gordon Pospisil of BP and Nancy Hill who is now at UAA at the Institute of Social and Economic Research.

But what about Palin? One person said he knew there was a God when he was driving home and learned Palin was stepping down from Governor of AK one year early. Another ARCO alumnus however said he expects to see Palin win the Republican nomination and run against Obama in 2012. That was a bet Cathy Clonts was willing to take so we’ll see who is buying drinks at the reunion in 4 years! Most alumni were inclined to think the state was better off without Palin and felt the industry in particular had been dealt a heavy hand by Palin.

As the evening drew to a close our Anchorage Alumni vowed to stay in touch and with the promise of future events and a favourable football result (for most!) said goodbye. 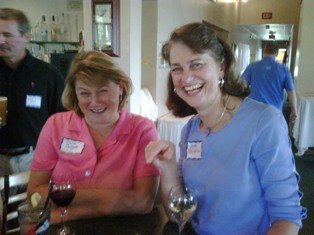 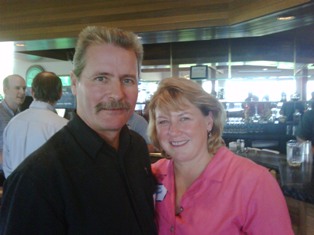 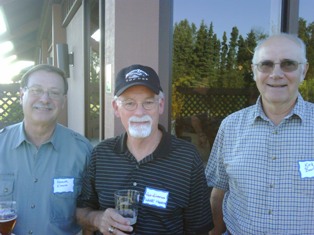 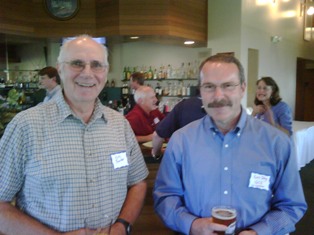 Linda Petrie and Wayne Swann are below pictured top with Dennis Bickford and Pat Elverum pictured below. 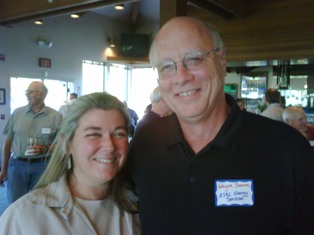 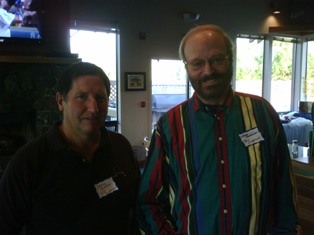 Pictured below are Tom Brennan with his spouse Marni Brennan, Susan Andrews and Jim Posey. 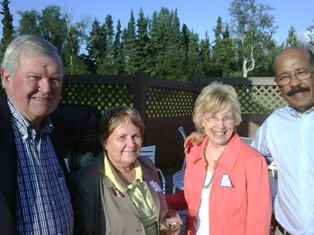 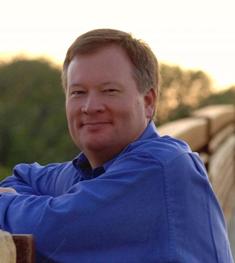 Bill Keffer’s practice has specialized in the area of environmental issues confronting the oil-and-gas industry since his tenure with Atlantic Richfield Company (ARCO) over 20 years ago. Whether it was managing a 100+ case docket as in-house counsel for ARCO, or handling complex, multi-million dollar cases as a partner with Gardere & Wynne, or in his current capacity as a specialty-practice lawyer in his own office, Keffer has handled just about every kind of environmental complaint affecting the oil-and-gas industry. He has handled matters in state and federal court and before state and federal agencies. He has handled complaints and lawsuits in Mississippi, Louisiana, Texas, Oklahoma, Arkansas, Kansas, New Mexico, Colorado, Wyoming, Montana, and California.

Keffer can handle these matters as lead counsel, but most often serves in a more specialized role as expert counsel, supplemental counsel, strategic counsel, or as counsel in charge of special projects. Because of his experience both as in-house and outside counsel, Keffer has a particular aptitude for working with company personnel. Because of his extensive experience in identifying, retaining, and working with experts and consultants, Keffer is often involved in the strategic preparation of the technical part of these cases, allowing lead counsel the ability to focus more of their attention on the constant demands of litigation and the courtroom.

Keffer continues to provide support for Chevron and BP in some of their ongoing environmental litigation in Louisiana. In particular, Keffer has specialized experience and knowledge in the areas of groundwater contamination and claims involving NORM (naturally-occurring radioactive materials) contamination.

Keffer also provides services involving any site-related activities, including investigations, assessments, sampling events, due-diligence reviews, pre-acquisition reviews, and remediation operations. Keffer has access to a team of independent professionals in numerous disciplines, which enables him to organize the right team for any situation.

Keffer can work behind the scenes, with in-house counsel, with lead counsel, with local counsel, and every combination in between. Keffer’s practice affords him the ability to be flexible, responsive, and affordable. He can be a part of cases right here in Texas, as well as in any other jurisdiction in the country.

You can find out more about Bill Keffer and his practice at www.mkbp-law.net. Please call 214/696-2050 or email bkeffer@mklaw.net with any questions.

COMPLETIONS - EOR
Ron Boyd has the following opportunity on behalf of a friend at Kinder Morgan:

Kinder Morgan CO2 company seeks a senior Completions Engineer in Houston, to support our CO2 development team that is currently focussed in the SACROC field.

The successful candidate would be responsible for the following:

Anyone wishing to apply please email a resume to Ron Boyd.